Riga: My New Favorite Place in the World

So crazy. So fun. Riga, I don't really know you, but I love you. You got it going on.
Your little ancient downtown is cuter than even Tallin, more cobblestoney goodness even than Prague. Those narrow winding streets, a mix of sunlight and shadow and corners and hidden doors, that just invite a travel bum to get lost on purpose. 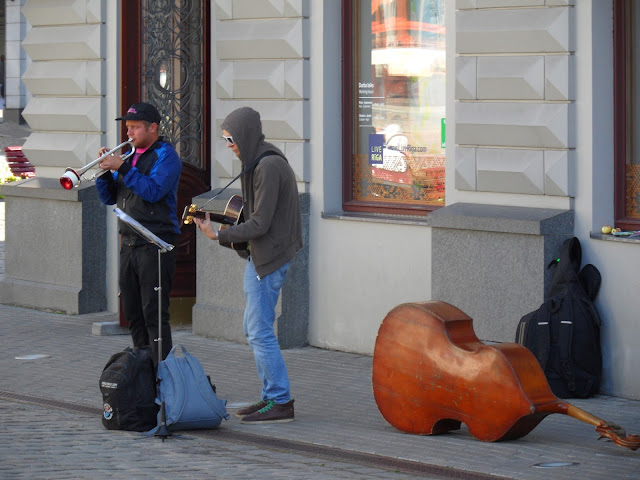 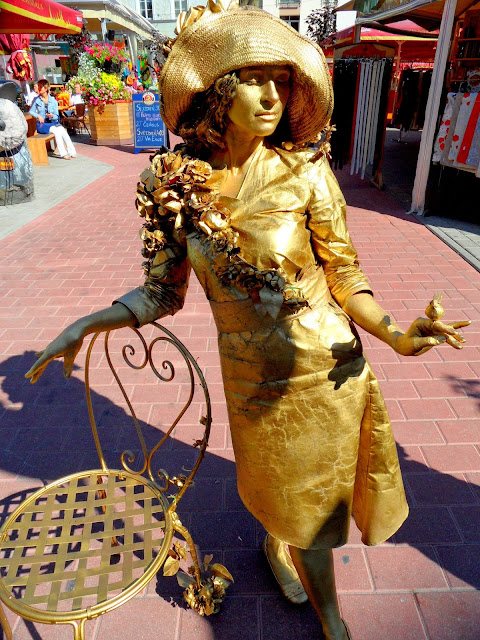 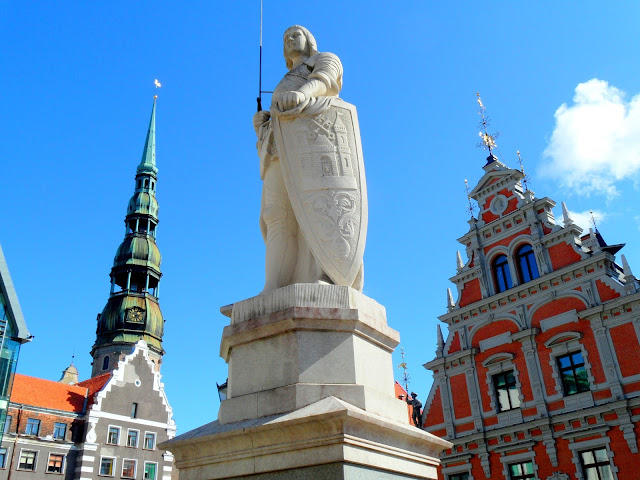 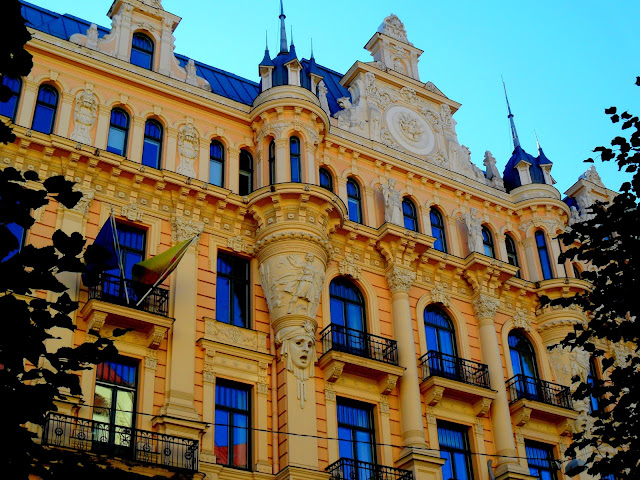 Your gothic church is so darn, well, gothey. After the climb up the spire, what a view! That fresh salty breeze from the Baltic ocean. The town square was bursting with open air tables and mugs of cold beer and street entertainers and joyful busker music. Perhaps the best part of Riga is the circle of green parks that surround the old town, with a river running through it all. Endless fountains and flowers and nooks and glens are to be found as one wanders aimlessly, lost in the green. 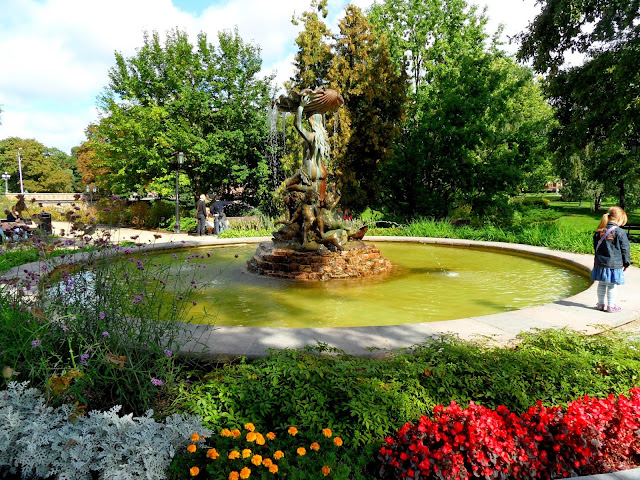 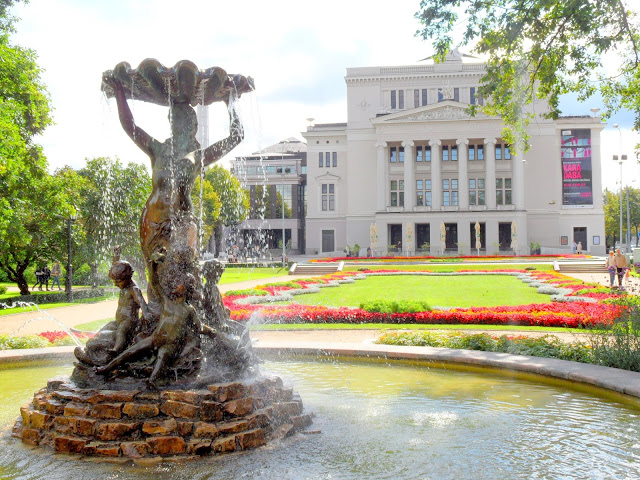 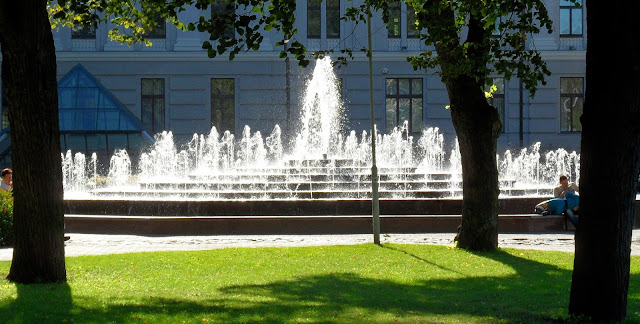 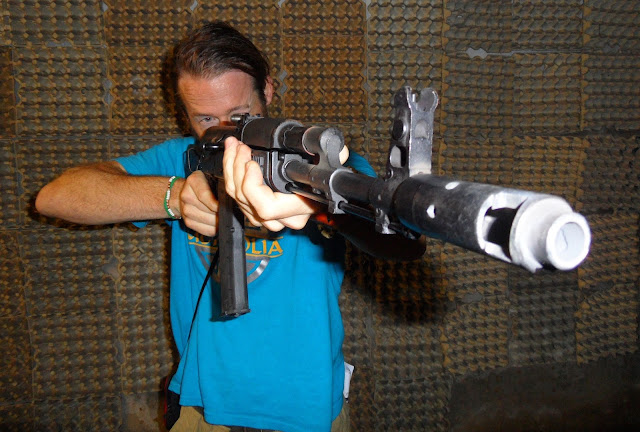 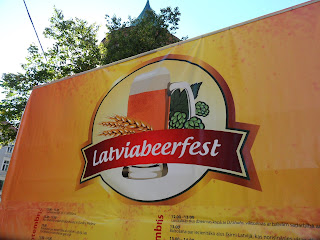 It seemed there were two types of women in Riga: 1) those with the Russian fashion sense (read: high heels, tight short skirts, bright colors and leopard print), and 2) those with a more funky Euro hipster look. And so, perhaps it is no surprise that something curious happens each summer throughout Eastern Europe. All the frothy lads in England and Australia have long heard the myth of the beauties of the East: how they (supposedly) love Westerners with their money and prospects. With the EU, no passport is required anymore to the Baltics, and these salivating packs of testosterone believe they can just show up in places like Riga, Krakow, Budapest, and the like, and they will be mobbed by gorgeous women.

Now, of course you run into Aussies and Kiwis and Brits and Canadians no matter where you travel in the world, and usually it's a true pleasure. Here you've been squinting at your word dictionary, trying not to choke on the Chinese word for snake soup, and a Westerner appears and says, "Good day chap! This place looks dodgier than a set of chuffed nuts!" And you look up, eyes wide, a tear forming in the corner of your eye, mouth forming a round "o" of joy. You realize you can have a real conversation in English for the first time in days. "Thank God bro! Hey man, is this the word for Snake Soup or Your Wife is Hot?"

And so it was with not too much surprise when I arrived at my hostel to find a mob of Aussies playing various "get smashed boys, tonight we pillage!" games. Most of them involved a deck of cards, which after each play directed someone to immediately inhale a beer. Or something even more lethal. There are a few of these popular party-hostels in Riga. I joined up in the pre-gaming, and soon realized that the entire group of Aussies were from the single town of Brisbane. They had come together with one purpose: to smash exotic Baltic babes. In Riga, these hostels organize pub crawls every night of the week. Let me repeat: if you stay at this hostel, you do a lethal pub crawl day after day after day until your liver turns black, dissolves, and evaporates from your pores. Over the course of this first night, from one pub and club to the next, I ran into 3 other stag parties, all from England or Australia. 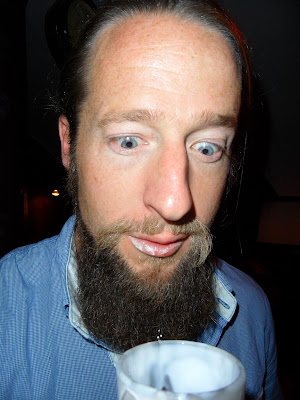 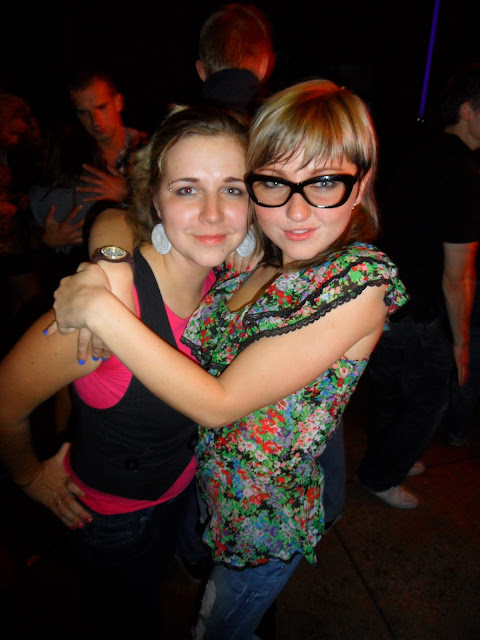 The night was a can of mixed nuts to say the least. Some young girls were definitely fans of the tanned, healthy, deafening lads, and I have to say it IS a lot of fun to surf a wave of merry drunk Aussies. A round of drinks were shouted out, and drank, and I couldn't help but notice a small group of girls head off as fast as they could to the other corner.

If you've ever been with an Aussie Stag Party in full hurricane mode, you already know full well that this didn't slow them down in the slightest. They spread out, like a pack of hunting lions. Or, maybe, judging by their wobbles, a pack of drunken hunting penguins.

And, just at the moment where the penguins were about to pounce and all hell break loose, Riga did something amazing. The DJ began to play "Macarena." Yes, that Macarena. The one we all did a line dance to back in ... when was it? 1996? Apparently that song was still cool in Riga 15 years later. All of a sudden, everyone in the club formed into lines and began the Macarena dance.

I couldn't believe my eyes. And, ooooohh yes, the girls knew all the steps. Well, that's all the encouragement any of us needed. Like any good Rigans, we jumped onto the dance floor and joined in.

You may forget how infectious this song actually is. Something bizarre happened. I noticed that my body was putting my hands in the air and my mouth started shouting "Heeeeeeey, Macarena!" With that, I fell in love with quirky fun Riga just a little bit more.
People here were a marked contrast. The older generation seemed worn down and worn out. Yet, this young generation, recently freed from Russian occupation, were the opposite, They had a vibrant, bursting energy in themselves. The wore outlandish fun clothing, partied and danced and didn't mind being goofy and fun. As if they didn't have a care in the world. People seemed to really live in the moment more than almost any other place I'd ever been.

This contrast between the older and younger generation was jarring. And it struck me that perhaps I would find some answers in the Occupation Museum in town. What I found there, I will discuss in my next post.

Posted by onedumbtravelbum at 9:22 AM