The Tale of the Kulov 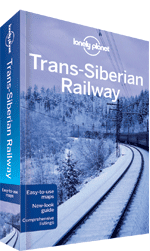 Lonely Planet's guidebook loudly proclaims "Once hailed as the fairest jewel in the crown of the Tsars, the Trans-Siberian Railway remains one of life's great travel experiences", and especially how a "Trans-Siberian trip is never dull, not least because of the chance you'll have to interact with your fellow passengers over many days."

I pondered this as I sat in my cabin, more bored than a dog in an airplane carry-on cage. My cabin was shared with a mother and her two children. She spoke no English, and my few attempts at saying Привет ("Preevyet") had been met with silence and averted eyes. This was the 5th day out of Irkutsk, the 2nd since leaving Tomsk. I had already wandered to the empty posh dining car for breakfast, and lunch, and dinner, and done it all over again hoping against hope I would meet someone. Anyone.

I picked up my guitar, and after a few chords the baby started crying. Great Nemo. You made the baby cry. That's how crap you are on guitar. Outside the taiga tunnel had long since given way to cleared land, farms, cities, all whizzing by a little too fast to appreciate. Once in a while a glorious Russian gold-topped church would appear, but by the time I fumbled my camera out it was gone. This would happen again and again. Like watching a pot, the churches never came when I stood ready to pounce. Yet the second I dropped my camera one would whiz by. Curses, you churches, how you taunt me! Night fell, I ate dinner alone in the dining car again, examining with great interest the enormous powdered white wig on my babushka waitress. (Babushka, a Russian term of affection, literally means baby red-assed baboon. You will hear people call each other red-assed baboon all the time in Russia. Oh .... wait. I see here it actually means "grandmother." Sorry my mistake.) My babuskha handed me the check, her great wig wobbling back and forth as she walked away.

I flip-flopped my way back to the cabin with the now sleeping family. I sighed. Where were the drunken vodka-fueled Russians I had been promised?! I raged silently to my Lonely Planet guidebook. I mean, at least give me some fellow backpackers who spoke English. Anything but this mind-numbing solitude.

It was so bad I had taken to counting freckles on my arm. I was up to 3,000,000,000,000,023 when I heard a commotion outside our cabin. Then a slam. What was this?! I opened our compartment door and peeked out to see a Russian soldier slunk to the floor, cap askew, at the far end of the car. He looked at me, then shouted something in Russian and motioned for me to come to him.

I quickly backed into the cabin, slid the door shut and locked it. In a moment, more shouting, then I heard the unmistakable sound of many boots tromping towards me. Someone banged on our door. The mother popped up and looked at me, startled. We both held our breath. Then, incredibly, my locked door clicked and then slid open.

Three young soldiers piled into the car, reeking of vodka, AK-47's slung over their backs. They were high-school aged at best. The first nearly fell over and then grabbed the upper sleeper bunk to steady himself. Holy crap, I thought, these kids were completely shattered. The one I had seen on the floor, cap still askew atop his cropped blonde hair, pointed at me and began shouting again. The 2nd soldier tried to calm him, then unmistakably I heard the first soldier say: "Passport!" which turns out is pronounced the same in almost every language in the world.

The mother slid further beneath her covers. Oh great, thanks for ditching me, cabin-buddy.

I hesitated. "Passport!!!!!" he commanded. I fumbled into the hidden bag I slept with around my waist, and then handed it over to the drunk Russian soldiers, realizing that here in the middle of Russia, in the middle of the night, these soldiers could do whatever the hell they wanted with an American. To top it all off, they were completely, totally, smashed out of their heads. I thought about my happy place, in Pamela Anderson's cushiony fake bosom. (The young Baywatch Pamela, c'mon, I'm not a sicko!) Pamela, in your boobs I pray.

Upon seeing my passport, they grew silent. My accuser widened his eyes and I am pretty sure I saw a hint of a smile. Then they left the cabin and began talking again in slurred Russian. The mother had by now completely vanished under her sheets. In the many years I have traveled, through border towns and shanties and back alleys, among snake-charmers and pick-pocketing street urchins and Japanese Yakuza, I can count on one hand the times I truly feared for my safety.

Suddenly the men burst back into the cabin, grabbed me the arms, and pulled me up. "Hey!! Hey, what are you doing?!" One of the men said a word that sounded like, "Obethiyana!" and they all laughed. They marched me down the hall and into their compartment, sat me down, and two of the soldiers plopped down one either side. My accuser faced me on the other bed.

They all looked at me, stone-faced. I was scared shitless. He set a half-empty bottle of Kulov vodka on the table. Then he poured 4 enormous shots into paper cups. Finally, in English, he looked at me and yelled, "Drink!"

"Drink! Drink!" yelled the other two soldiers like trained monkeys. They looked visibly angry. Now, Kulov vodka is perhaps the worst vodka in the entire world. It smells of paint thinner from 20 feet away, and could probably be used to melt uranium. I picked up the cup, then attempted to smile and belted out "Nazdrovya!" and choked down 3 huge swallows of Kulov gasoline. According to Lonely Planet, that Bible of Travel (which ye shall never take it's name in vain), this word is supposed to mean Cheers.

At this they all looked at each other in astonishment. Then, they all burst out laughing uncontrollably. The soldier to my right fell onto the floor and began slapping it. This went on for a few moments. I didn't know what to make of it. Luckily I had made it a practice to keep my phrasebook in my back pocket and pulled it out, frantically searching for the right word.

The soldier across from me, wiping a tear from his eye, said, "Nazdrovya, no good. Za Vas, good!" They refilled my glass with another enormous shot. I raised it, and they followed suit. "Za Vas!" I proclaimed. "Za Vas, Amerikan!" they all shouted, and downed their paint thinner in a single gulp. I choked it down, tears streaming down my face as the acid burned into my stomach and it curled into a fetal position. I was already feeling drunk. At this they began cheering and one slapped me on the back. "Barun Amerikan!"

And it dawned on me: they had just wanted to screw with me to get a laugh. They had been as bored as I had been, stationed here on this never-ending train to nowhere. The light bulb clicked in my brain, and I showed them the section in my phrase book on how to pick up chicks in English.

They took turns practicing as I taught them gems such as "Vat nice boobies you has" and "Nice pants look great, especially on floor next to кровать (bed)!!" After each they would begin laughing again and slapping me on the back and pouring more sulferic vodka acid down our gullets. Then one of them began singing a song, and the others joined and tried to teach me. Like all Russian songs, it sounded both proud and sad at the same time. After the song, I felt sorry for these kids, serving out their time on a train far away from their families instead of going to university.

And at the end of the night, the blonde kid took perhaps the greatest picture I have even had on my camera in my life. It is of me, pretending to be scared with a shot of Kulov, while the grinning soldiers on either side of me point their AK-47's at my head. I treasured that photo more than any other I have ever taken. To me it symbolized everything scary, surprising, and wonderful about traveling alone around the world. Little did I know that this one-in-a-trillion picture would be stolen with my laptop in Croatia in a few weeks, lost forever.

The next morning I woke to someone chainsawing my brain in half. Actually, it turned out there was no chainsaw. It was just the remnants of the Kulov pounding its way out, trying to escape my liver.

Trans-Siberian railway, you know what, you're all right. All the lonely boredom was worth it--last night was the craziest night I'd had on my entire year away. Spasiba! Now someone pass me the Advil. 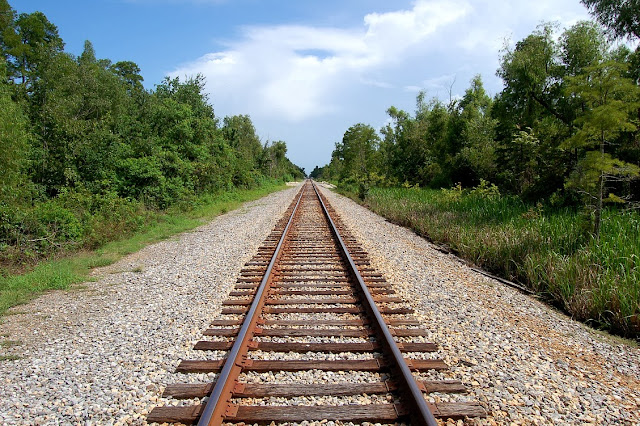 Posted by onedumbtravelbum at 9:23 PM