I want to take a short break from telling travel stories to discuss the elephant in the room. Or perhaps it is just an elephant in my brain. One that has been tromping around in there, nagging at me for years since that time I took my first ever virginal 6-week stint abroad right after college.

It's a simple question: Why Travel?

Why spend the money I could have used to buy a nice house, a nice retirement, a better car, the American Dream itself, and instead throw it away to bumble around the world with a wannabe hippy head-band?

There are many simple, vague, cliched answers:
1) Travel educates you about other people and cultures
2) It educates other peoples about your culture (for better or worse)
3) It makes you "grow" as a person, aka "To find yourself"
5) It's freakin' fun and exciting dude. Duh!

All these answers are true. But each of these simple explanations gently tug at something big. And when you pull on these strings, the curtain falls away and reveals a door to a deep nameless "thing", a light that shines in the eyes of all my fellow backpackers. We all feel it, we somehow "know" it. And yet, it is only now, after years of reflection, that I am starting to grasp the tip of what that "thing" actually is.

To answer "Why Travel?" in a fulfilling, meaningful way, I will break up this essay into several posts. Each will ask a question, and then attempt an answer that builds upon the last. First,
1) What is meant by "traveling"? A solid definition gives us context. Next,
2) What are the root causes that separate cultures, cause men to kill one another, and even commit genocide? Tackling this fundamental issue leads to clearer insights about why travel is an inherent "good" in the world. Then,
3) What does it mean to be a "spiritual" person in this modern world where science has already displaced God as the reason we are all here?
4) Finally, what is our purpose in life, and what questions will we be forced to ask ourselves as we die? Yes, I will attempt to weave Death itself into my answer. Hopefully this silliness doesn't result in a wormhole which rips apart this blog, or the Earth itself.

Right then. Let's see if I can sum up: I am about to attempt to explain the human condition, the nature of good and evil, and the meaning of life and death itself. Shouldn't take too long!! Let's get started.

What is the Definition of "Traveling"?

In previous posts, I have poked fun at the various "levels" of backpackers, which I modeled after the Tae Kwon Do belt color system. You can read the full post here. But to quickly summarize, here they are: 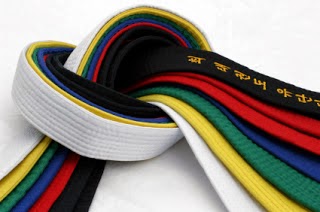 White Belt: "Well burn my britches and pinch my cow-tits, doesn't anyone here speak English?!" "Hey how come you don't take dollars you weird Mexican-speaking Euro?" "FML France has a McDonalds? Thank big baby Jesus I was about to starve."

Yellow Belt: "I can't believe I'm actually in front of the Sydney Opera House. Let's take 300 different poses of me jumping and doing handstands for my Facebook profile pic!" "Woohoo, I just did a bungy jump in New Zealand! I am such an adrenalin junkie and world traveler, and guess what, did you know Aussies don't actually drink Fosters? I can't wait to write a 500 word Facebook post about that."

Green Belt: "Isn't Lonely Planet so totally awesome?! We just met and it turns out we are going to all the exact same places at the exact same times!" "Woah, you're also going to the Full Moon Party? It's going to be like totally sweet, all 10,000 of my new Aussie BFFs from Ko Phi Phi will be there too!"

Blue Belt: "Fuck the Full Moon Party. It's so fucking Lame. All you first-time Southeast Asian backpackers on holiday for 2 months are noobs. You have no idea the stuff I went through in Mumbai. Can't you see all my Indian baggy hemp pants and beads and how much cooler and wiser I've become in my entire year away traveling? Um by the way bro, can I get a lift to the Full Moon Party, I need to sell some beads to help me keep traveling. So, like..... nama-fucking-ste. And stuff."

Red Belt: "Hmmm, this Travel Group on Facebook says that in order to better monetize my blogosphere and tweet-verse, I need to increase ad revenue through differentiating my travel brand." "Hello, Outside Magazine, yes I was wondering if you would be interested in helping become a sponsor in my charity campaign to install solar panels in villages in Northern Sumatra while saving the Orangutans. In exchange I'll provide excellent content and high-resolution photos for a feature. What's that? <sigh>. Fine, I am OK with sleeping at the Smiling Bedbugs Hostel. Sorry? >^< Sure, bunk beds it is. <sob>"

Black Belt: "Hi, my name is Anthony Bourdain. I get paid bags of gold bricks to travel wherever the hell I want, to do whatever I damn well please. They could film me eating cockroaches while taking a dump on the camera lens and I would still get paid my bonus. Hmmm, actually, that's a great idea for my next episode!"

All jokes aside, the point of this post is that a 1-week vacation to Hawaii, which can be a great break from work, is not the kind of travel I am talking about. The myth of the "American Dream" leads people to believe that this sort of vacation is some kind of pinnacle of life. But of course, the problem with the 1-week vacation is that it takes a few days to even get over the jetlag and start to unwind. You may be lucky to get a day or two in this relaxed state, where your life suddenly stops ticking by on a wristwatch. Maybe, just maybe, your mind drifts back to your college years, your big plans about how you were going to change the world. Or, more likely, they don't because you are happily tucking into your 6th Rum-Runner and are about to pee in the pool. Either way, just like that, you have to start thinking about going home, the bills, the boss, the kids, the errands. The clock begins ticking again. Your window of Zen slams shut just as it was about to open.

As you will see in the next few posts, true Travel as I have defined above is over a long enough time period for that clock in your brain to slow down, become quiet, and, if you are lucky, for it to rest. And that is when surprising, amazing, and wonderful things become possible.

(click here for Why Travel, Part 2: The Nature of Human Conflict)
Posted by onedumbtravelbum at 12:07 AM