In Russia, Is Everything Possible!!

I got up from the sticky floor, covered in dirt and beer stains. I had just attempted to break-dance, quite poorly. The man on the congo was beating the drum, the circle around me was cheering and clapping to the beat and laughing their heads off. How on earth could I top spinning slowly on my back and then falling down? And then, I remembered the greatest move I had ever performed: the worm. Things were about to get weird. But... let's start from the beginning...

I had finished my day touring through Tomsk, and asked the cute Russian working where the best place to go out would be. She mentioned a pub on the main drag, which sounded fine to me. I found my way there, walked down the stair-case to find a band railing out a fairly good version of Russian-accented Brown Sugar. A bare-chested man was banging on a big congo drum to the beat in the middle of the room, people were dancing everywhere. Wow! This was a great scene! I worked my way to the bar, pulled out my guidebook and ordered a beer. The kid working the bar looked surprised and in fairly good English said: "where are you from?"

"Woah, dooood! California that's so cool man!" Hearing someone try to pronounce dude like a stoner with a Russian accent was definitely a new auditory experience. He excitedly grabbed his female bartender, pointed at me. California was mentioned a few times. She pulled me a big frosty dark beer and put it down.

The man replied "Free dooood! California so cool dude. Do you surf?" And just like that I had my new tour guide for the night. He introduced me to some of his friends, they to their friends, and without quite realizing how it happened I found myself attempting to break-dance and do the worm in front of an entire bar of Russian college kids all clapping me on. Thankfully, just before my spleen popped out of my ear, another man came onto the floor who actually knew how to break-dance.

I got up and went back to the bar, where I kept getting free drink after free drink. A crowd had formed to listen as the bartender translated the story about that one time I partied with LL Cool J in the Hollywood Hills and got pelted with panties because I was standing too close to him. They may or may not have known who LL Cool J was, but apparently it didn't matter. I had become a rock star in the heart of Russia! (Well, either that or the worst break-dancer they had ever seen.)

"Nemo, we are going to the disco. You want to come? Drinks, hot girls, you will like!" He wiggled his eyebrows up and down at that last comment. We bumbled upstairs, he got on a motorcycle and it was clear that I was supposed to get on the back.

A minute later, a gang of drunk Russians were flying through the streets in car and on motorcycle. And I was flying along with them, no helmet, no worries, no idea where the hell we were going. And I put my head back and started laughing like a crazy man. This night had turned into a movie.

At the disco the gang pulled up and walked up the the gate. There was a long line around the block. The bartender turned motorcycle chauffeur walked up to the bouncer, pointed at me, and said something that included California and surfer. The bouncer looked me over, narrowed his eyes, then finally nodded. We skipped the line and went straight in. My tour guide looked over at me and confided, "Nice dooood? Haha!"

The inside of the club was somewhat amazing for a small college town. There were 3 rooms, each packed with different music. I was introduced to a table where there were 4 girls dressed in skin-tight, cleavage-busting outfits and 3" heels, which I was starting to realize was a standard nightclub uniform in Russia. 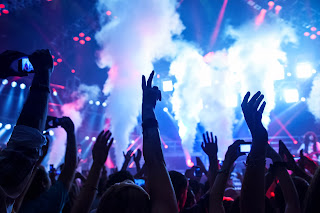 None spoke a word of English. So of course I pulled out my trusty Lonely Planet phrasebook and went to the "Social" section. I pointed to the phrase that said "You have a beautiful smile." They laughed at my horrible Russian pronunciation, then grabbed my book and started looking through it. Now, I have read this section and it includes pick-up lines, and even a section on sex. For instance, there is an English-Russian translation for "Too hard", "Slow down", and even "Do you have a condom?" They found this page, started reading, and began giggling out-of-control. One of them asked me in broken English, "Do you vant dance?"

I looked at my friend, who again wiggled his eyebrows up and down, then turned back to the girl.

Posted by onedumbtravelbum at 7:50 PM