I Miss Japan (but my wallet doesn't) 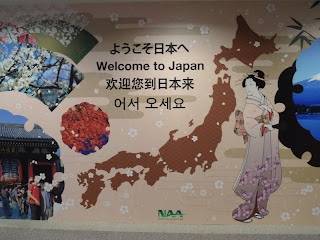 Things I won't miss:
1) The flames shooting out of my wallet
2) Checking the geiger counter and wind report twice a day
3) Vending machines and hawkers selling souvenirs inside sacred temples
4) No public trash cans.  Where do they put their trash anyway?
5) Nigerian pimps

Top Japanese Myths:
1) They are extremely xenophobic to Westerners and hard to get to know.  I think this is a common misconception that comes about from their shyness, except when they drink!
2) Stoic, unemotional, no fun.  Just head to any Izakaya to see the opposite.
3) Karoshi.  Yes the Japanese are extremely hard-working, but the few times this subject came up, all the Japanese I met assured me that this is very rare and only something that happens in places like Tokyo.  Osaka is much more laid-back for instance, and in the countryside its pretty unheard of.
4) Overcrowded and old.  Yes the Tokyo-Yokohama megacity is pretty insane, but Japan is also a land of countryside, mountains and islands, where there is plenty of open space and scenic beauty.  As far as the age, I'm sure the demographics don't lie but there seemed to be no shortage of young people partying in Kyoto.
5) Conformity.  I think this is perhaps the biggest myth, constantly perpetuated by every 2 cent journalist who comes to Asia to do a Reuters story on pandas.  First, I will say there is of course a lot of truth to it, Confucius' legacy is alive and well.  But there is an undercurrent of youth that is rebelling ... just take one walk down Takeshida St in Harajuku and you will see it, boiling under the surface.  The youth want change, they want their individual freedom, but its a new frontier for them.  They are hesitant about it, and you will never see the lone punk walking down the street--he will always be in his pack.  But things are changing with the next generation.

The verdict?  Japan is pretty mind blowing.  I absolutely have fallen in love with the place.  I see why so many Western guys stay and marry Japanese girls.  Its not just that Japanese are "nice" and "polite," although I'm sure that's a part of it.  Its that the foreigner just doesn't want to go back to where he came from.  Back to some country where, in my case at least, street crime exists.  Graffiti covers city murals.  Trash cans overflow with garbage.  There is no atmospheric sense of tradition or culture.  The Western world, compared to Japan, feels so chaotic and disordered.  Despite Hollywood films that abound in Asia, I still can't imagine what a slap in the face it must be for a Japanese person to land in Los Angeles or Rio.  No wonder they travel in packs in air-conditioned buses, its to insulate themselves from shock!

Tokyo invites so many obvious comparisons to New York: they are both expensive, uber-dense, hyperkinetic cities full of fashion-obsessive sophisticates.  But the differences are also striking.  Tokyo has no graffiti, no street-crime, hawkers and hustlers (aside from the few Nigerians) are polite!  I was trying to find my way to a small subway station one day, obviously lost, when a ragged man approached.  Instead of asking for coins, he asked where I was going.  He then walked me all the way to the subway station and even helped me punch my ticket.  Only then did he ask for a couple coins.  Now that's the kind of begging I like, he earned it!  One day a man at my hotel walked up to me and announced he had his wallet back!  He was bursting to tell someone his story... it fell out of his pocket on the subway.  Three days later, a man walked into his hotel with his wallet.  The stranger had found the wallet and somehow tracked him to the hotel, returning the wallet with all the money still inside.

There are no guns and finding a homeless man is like hunting for a snow leopard.  Everything works, runs on time, and is efficient.  Gadgets abound.  Its a fuzzy Disney-fied version of New York, and I see why Japanese flock to Disneyland.

I realize that I'm falling into a common trap of travel writers.... when someone experiences something new and fun, they are so excited about it that they tend to gloss over or forget the negatives.  So yes, just as in all societies there is a dark side to Japan: the obsession with teen girls, the weird hentai world, the incredible gore found in manga, the xenophobia that seems to also abound Korea and China... these things are well known and have been written about extensively.  It is weird to think about these things when you see a tidy Japanese man in a suit on his way to work, expensive shiny watch, shoes shined, every hair in place.

But from what I've seen at least, Japan will be a place that I will never forget.  That first time I walked into a Filipino restaurant, I had to admit I was a little saddened not to hear a hearty chorus of "Irashaimase!!!" 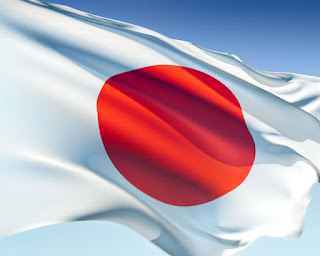 Posted by onedumbtravelbum at 12:01 AM